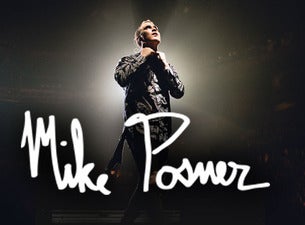 Mike Posner is one cool customer, delivering Top 10 singles like "Cooler Than Me," off his critically-acclaimed debut album, "31 Minutes to Takeoff." Posner, who has brought a refreshing and unique sound to the airwaves, delivers an intriguing mix of pop, hip-hop and R&B that echoes the complexity of his post-high school education, where he attended Duke University and earned a degree in sociology. The singer-songwriter-producer has been busy over the last few years, following his debut in 2010, working with some of the industry's biggest names. Tickets to see Posner in concert are a hot draw. He went on a sold out tour with Ke$ha and Justin Bieber in 2013. Following the success of "31 Minutes to Takeoff," Posner has been working on a follow-up and has released the singles, "Looks Like Sex", "The Way It Used To Be" and "Top of the World," yet the project has been delayed and is now slated for a 2014 release date under the name "Pages."

Posner grew up in Michigan before attending Duke University, but he never lost sight of his first passion -- music -- and used his time in Durham to craft his signature songwriting and producing style. Posner has collaborated with acts all over the world, like Justin Bieber, Pharrell Williams, Big Sean, Wiz Khalifa, T.I., Snoop Dogg, 2 Chainz and Nelly. He also wrote a large portion of his hits himself, such as "Please Don't Go" and "Bow Chicka Wow Wow," off his debut album. Mike Posner is one of the hottest acts in the pop industry and has already collaborated with the best in business. At age 25, he's just getting started and will continue to enjoy success.