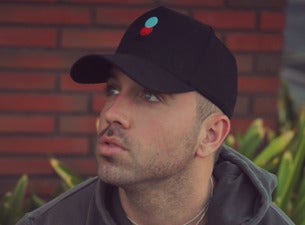 Hip hop up-and-comer Mike Stud has been on the rise ever since scoring a viral hit in 2010 with the song "College Humor". He made the track as a joke for his college baseball teammates, but things quickly got serious when fans caught wind of his witty lyrics, melodic flow, and feel-good hip hop productions. Since then he's released several records, played sold-out concerts around the country, and earned a reputation as a world-class live performer with his upbeat live shows.  Hot on the heels of his sophomore album Closer, Stud continues to treat ticket buyers to fun-filled performances on the #StudSummer Tour 2014.

Rhode Island-born Mike Stud was a decorated high school baseball star before making a name for himself as a rapper. He was the Gatorade Player of the Year and the Louisville Slugger Player of the Year during his senior season, and his accomplishments earned him a full-ride athletic scholarship to Duke University. After an injury sidelined him during his sophomore year at Duke, he focused his energies on producing music. His debut track "College Humor" -- a joke aimed at his fellow teammates -- was released in 2010, marking a watershed moment in his life. The song quickly racked up views online, and by the time college was over Stud had turned to writing and producing music full time. His popularity grew with the 2011 mixtape A Toast to Tommy, and in 2013 he released his debut studio album Relief to a No. 1 spot on the Billboard Heatseekers Albums chart. In addition to performing to sold-out crowds on his Stud Nation Tour, he has accumulated nearly 40 million YouTube views with his music videos and popular covers. In 2014 Stud released his sophomore album Closer to a No. 2 spot on the Top R&B/Hip Hop Albums chart, thrilling fans soon after with the announcement of the coast-to-coast #SummerStud Tour.