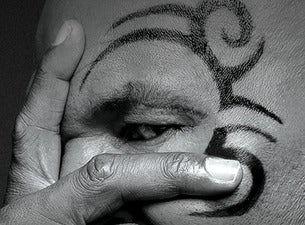 Mike Tyson grew accustomed to having all eyes on him in the boxing ring. Only now, people are able to listen to the former heavyweight boxing champion tell his career and life's stories on stage. He first toured his one-man show Mike Tyson: Undisputed Truth throughout 2012, including a premiere at MGM Grand's Hollywood Theater in Las Vegas and a limited run on Broadway. A compilation of the tour was released as an HBO film under the same name in November 2013, directed by Spike Lee. Even after Mike Tyson: Undisputed Truth, he had plenty of stories left to tell and returned with Mike Tyson: Undisputed Truth Round 2. Tyson's blunt storytelling can span from lighthearted banter to the truth behind his trademark "Bite Fight" against Evander Holyfield in 1997 and much more.

Mike Tyson was born in Brooklyn, New York, but catapulted to worldwide fame by making the boxing ring his true home. Tyson won a share of his first heavyweight at 20 years old in November 1986 — just 20 months after making his professional debut — becoming the youngest fighter to own a share of the heavyweight title by defeating Trevor Berbick via technical knockout. He followed that up in 1987 as the first undisputed heavyweight champion since Leon Spinks in 1978 after upsetting a previously undefeated Tony Tucker in a unanimous decision. Tyson seemed capable of knocking out his opponent whenever he wanted to, and his most feared punch was perhaps his right uppercut. "Iron Mike" recorded a 50-6-0 career record with 44 knockouts before retiring from the sport in 2005. His more impressive achievements include WBC, WBA and IBF heavyweight titles as well as 22 first-round knockouts. He began his career 37-0, 32 by knockout, before suffering his first loss on Feb. 11, 1990, to James Douglas. Tyson was inducted into the International Boxing Hall of Fame in 2011. In retirement, the man formerly known as "Kid Dynamite" has pivoted. Tyson has appeared as himself in films and television shows such as The Hangover, The Hangover Part II, Scary Movie 5 and Entourage. He also created, wrote and starred in Adult Swim animated series Mike Tyson Mysteries alongside comedian Norm MacDonald. The show, which debuted in 2014, puts a raunchy spin on Scooby-Doo's premise as the Mike Tyson Mystery Team solves off-the-wall predicaments. Mike Tyson Mysteries is similar to his one-man-show turned HBO special Mike Tyson: Undisputed Truth in that he dives right into choppy waters.