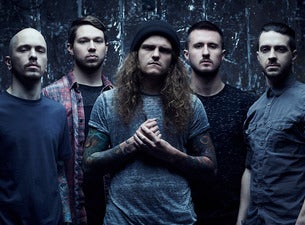 Boletos para Miss May I

Acerca de Miss May I

Troy, Ohio’s Miss May I came together in 2006, while their members were still in high school. Consisting of guitarists Justin Aufdemkampe and B.J. Stead, singer Levi Benton, drummer Jerod Boyd, and bassist/vocalist Ryan Neff, the quintet plays highly technical, driving metalcore. With searing guitar work and dual sung/screamed vocals, Miss May I quickly established themselves through a series of demo recordings, eventually landing a contract with Rise Records for the release of their debut full-length, 2009’s Apologies Are for the Weak. After spending a couple of years touring with bands like Carnifex, blessthefall, and the Devil Wears Prada, the band returned to the studio to begin work on its follow-up with producer Joey Sturgis. The result was their 2010 album, Monument, which reached number 76 on the Billboard 200 and was the band's most successful record to date. ~ Gregory Heaney, Rovi