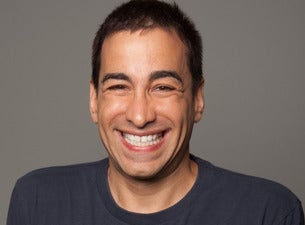 Is that a sparkle in his eye or is he just confused? With his innocence and friendly demeanor, Mitch quickly engages the audience and then catches them off guard with his mixture of mischievous dialog and off color comments. While laughing at observations only Mitch can get away with we are left wondering if he truly understands what he just said. We never really know.

Mitch has been showcasing his talent to rave reviews for the past 15 years. Since then both appreciative audiences and comedy executives have made the same observation about Mitch's rise to stardom, "It's just a matter of time." Well, his time has come. The number one requested comedian on Satellite Radio, Mitch has appeared numerous times on both the "Late Show with David Letterman" and the "Tonight Show with Jay Leno". In 2006, he took home honors as "Best Comedian" at the prestigious HBO Aspen Comedy Festival and in April of 2007 his half hour stand up special debuted on Comedy Central and was ranked #6 in the 2008 Standup Showdown.  Mitch's' new Comedy Central One Hour Special "Mitch Fatel Is Magical" debuted in September 2009. Catch this innovative comedian, clearly about to make the jump to bona fide superstar, while you still can.
Anuncio