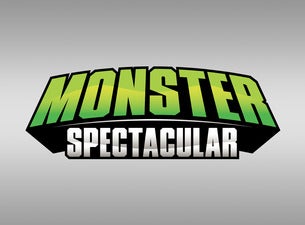 For more than 30 years, Monster Spectacular has been bringing its annual tour across Canada, to cities like Montreal, Quebec City, Ottawa, Regina, and Saint-John. The event features monster trucks, freestyle motocross, BMX, ATV racing, and more. It is one of the biggest monster truck circuits in North America, and you never know what you're going to get. Well, that's not entirely true — you know you'll be witnessing some of the most remarkable showmanship this side of the Atlantic. Prepare your mind and body for the deafening roar of Monster Spectacular.

Each city has different events, which is why it pays to get to as many as you can. The Montreal event will see 14 monster trucks, including Axe, Avenger, Rage, Brutus, and War Wizard, while Quebec will feature the 1,500 horsepower behemoth and 2016 champ Bounty Hunter, Red Baron (the 2015 World Champion), and more. Ottawa, on the other hand, will see Overkill Evolution and Black Stallion. With so many cars and personalities, the drama is sure to be off the charts.

You'll get to see events like Quad Wars, which showcases incredible four-wheeled masters who rocket at high speeds in high-stakes competition with one another. Or maybe you'll catch Pro Speed's Extreme Riders, where no-handed wheelies, front-wheel stands, and chainsaw zeroes are never out of the question. The motocross events are world-class speed bike stunt shows that feature modified ATV races and BMX bikers who race as they live — on the edge and afraid of nothing.

Monster Spectacular is fun for the whole family. Events for summer 2019 are currently on sale.