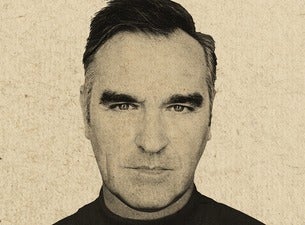 There are no upcoming events in Mexico

Don't worry, there are other events available below

Stop me if you think you've heard this one before: indie rock hero and consummate dandy Morrissey is back on tour, and fans can expect him to pull no punches as he continues his reign as music's favorite contrarian.  With his outspoken vegetarianism, erudite literary references, and floral self-flagellation, Morrissey became one of pop culture's most notorious and influential figures in the '80s as frontman of beloved alt-rock band the Smiths, and three decades later he's lost none of his piss and vinegar. Whether he's treating audiences to Smiths classics like "This Charming Man," opining on solo favorites like "The Last of the Famous International Playboys," or debuting cuts from 2014's World Peace Is None of Your Business, Morrissey is sure to dazzle with his legendary showmanship and politically-charged sets.

British-born Steven Patrick Morrissey was an avid consumer of pop and punk from an early age, performing in several Manchester-based bands before forming the Smiths with guitarist Johnny Marr in 1982. After building a considerable following with early singles like "What Difference Does It Make?"  and "This Charming Man," the Smiths released their self-titled 1984 debut LP to a No. 2 spot on the UK Albums Chart. Three more seminal albums would follow, including 1986's The Queen Is Dead, named the "Greatest Album of All Time" in 2013 by NME. Following the dissolution of the Smiths in 1987, Morrissey made his solo debut with 1988's Viva Hate, topping the UK Albums Chart on the strength of hits like "Suedehead" and "Everyday Is Like Sunday." Over the course of nine more studio albums, Morrissey continued to build on the legacy he began with the Smiths, setting expectations high for the 2014 release of World Peace is None of Your Business, his first new album since 2009's Years of Refusal.

"Morrissey! Those fortunate enough to attend this show were definitely treated to a phenomenal performance! Moz was strong, playful and humble."

"Great show put on by Morrissey. Great set of fan favorites. Interaction with crowd was nice as well."

"Mad respect for Morrissey - he sounds amazing live... His interaction with the crowd was great, it was my first time and I fell in love with him even more."