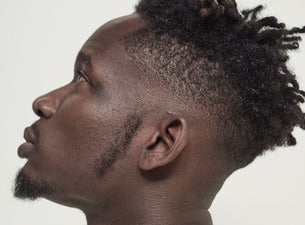 Nigeria has dominated the Afrobeats scene for years with its heady mix of local music, global pop, and hip-hop. But the country's native son Mr Eazi takes the fusion to a whole new level with his self-styled "Banku" music — a potent mélange of Ghanaian highlife and Nigerian music.

Half the magic is in the language: This man can slide from the Queen's English to fluent Yoruba in the space of a single line, touching on Ghanaian pidgin English along the way. And he does it all with an almost palpable sense of cool, merging a silken vocal sensibility, which owes a debt to reggae and R&B, with effortless beats that inspire monster dance parties. It makes for a heady, border-erasing listen.

This is instant street party music, and it's made Eazi popular on the tour circuit. He was the opening act on J Balvin's 2018 Vibras tour, and he brought his own Lagos to London tour to the U.S. in 2019.

Mr Eazi was born Oluwatosin Oluwole Ajibade in Port Harcourt, Nigeria, in 1991. He moved to Kumasi, Ghana, at age 15 to attend the science and technology college KNUST. There, his engineering studies vied for attention with his burgeoning career as a club promoter. Eventually, the music won.

In 2013, he dropped his first mixtape, the prophetically titled About to Blow. Two tracks did indeed blow up: "Pipi Dance" and "Bankulize." That set the stage for his eventual return to Nigeria and the release of 2017's Life Is Eazi, Vol. 1 – Accra to Lagos, featuring the beautifully minimalist hits "Leg Over" and "Skin Tight."

His songs were taken up by the dance community, who released videos that contributed to the music's viral dissemination. His third mixtape, Life Is Eazi, Vol. 2 – Lagos to London, paid homage to the U.K. club scene, which, with its community of African expats, has proved pivotal to his rise.

The accolades have come thick and fast, too. In 2016, Mr Eazi pulled down a slew of awards, including winning at the WatsUp TV Africa Music Video Awards, Soundcity MVP Awards, The Headies, MOBO, and Nigeria Entertainment Awards. While Nigeria and the U.K. remain his base communities, he's now making global moves, building a devoted following across the African continent and making inroads in the U.S.

In March 2018, he signed a deal with Diplo's Mad Decent label and landed the coveted opening spot on reggaeton star J Balvin's 2018 tour. In 2019, he undertook a 16-city North American tour set to culminate in a performance at Coachella. He also won Digital Artist of the Year at the 2019 Soundcity MVP Awards.