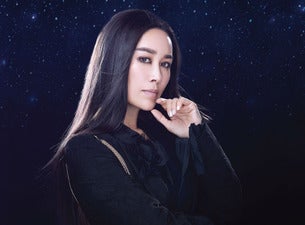 Chinese singing legend, NA YING, brings her unique vocals and explosive performance style to Perth this February. Known as the first lady of Chinese music, her concert promises audiences a night of classic and nostalgic hits that they’ve grown up with.

NA YING is considered one of the best present-day female singers in Mainland China, having sold more than 10 million albums. She initially shot to fame when she released the song “Conquer” in 1998, which is known as one of the hardest Chinese songs in history, using her rich baritone voice and her resonant high notes to truly win over the hearts of Chinese audiences.

After two decades in the industry, NA YING continued to push herself to greater heights, releasing albums such as Conquer, Might As Well and A Heart-Souring Romance which sold over 5.8 million copies. She has also released a copious amount of classic hits such as ”Passing By With a Smile”, “Awakening From A Dream”, “Just A Dream”, “Played Out”, “Might As Well” and “As Of Today” which have been covered by many well-known artists since.

But it has not only been her moving vocals which have captured the hearts of her fans, but also her straightforward and blunt personality which has caused fans to fall so deeply in love with her.

She also showed the music industry she could do more than just sing when she became one of the judges on The Voice of China in 2012, shaping many talented newcomers with her honest and warm guidance.