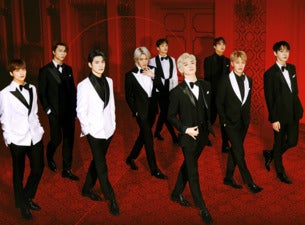 NCT 127 may look innocent standing in a lineup, but when the members of this K-pop band start to dance, their fans unravel. And for good reason: these boys execute next-level choreography with feline precision, bolstered by huge-screen visuals that complement their exhilarating dance moves and insanely catchy mash-up of trap, hip-hop, R&B and pop. In 2019, the 10-member band finally hit the road for the first time since their 2016 debut, launching their international Neo City – The Origin Tour to play shows across the globe.

The group grew out of NCT, which stands for Neo Culture Technology, a sort of flexible, ever-expanding collective of boy band singers formed by SM Entertainment. (127 represents the longitudinal coordinates of Seoul.) They dropped their first EP, NCT #127, in 2016 as a septet. The album rocketed up the charts, debuting at No. 2 on Korea's Gaon pop chart and on the Billboard World Albums chart, buoyed by its swaggering urban sound. Along the way, they picked up two more members and then released the aptly named Cherry Bomb EP in 2017. The title track alone was worth the price of admission, with its catchy Latin trap hybrid sound and hint of Justin Timberlake–esque strut; both Billboard and Idolator called it one of the best K-pop songs of the year. In 2018, they got seriously busy, first dropping the LP NCT 2018 Empathy with the greater NCT collective, and then their first full-length album as a sub-group, Regular-Irregular. Their ranks swelled to ten and they made their first foray into the U.S. with an appearance on Jimmy Kimmel Live! In 2019, the band delivered their fourth EP, We Are Superhuman, as well as their first Japanese studio album, Awaken. They've also picked up a slew of Best New Artist Awards at the Seoul Music Awards, Mnet Asian Music Awards, Golden Disc Awards and Gaon Chart Music Awards, among others.