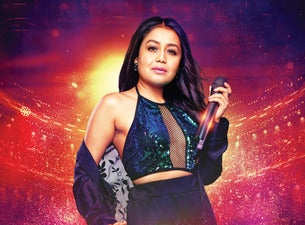 The diminutive Neha Kakkar is in the stratosphere as one of the most sought-after playback singers in Bollywood. But she didn't start out with popular music. She began performing when she was just 4 years old, singing bhajans at religious events. It was here that Kakkar developed her love for (and comfort with) live performance.

To this day, she acknowledges that she comes alive onstage — a trait that has earned her the nickname the "Indian Shakira." The comparisons are apt: Though she stands at just 4-foot-9, Kakkar's sunny personality and uninhibited dance moves, backed by her powerhouse voice, make her a compelling presence onstage and off. In 2019, she toured the U.S. with fellow singer Sonu Nigam.

Neha Kakkar was born into a musical family in Rishikesh, Uttarakhand, in 1988. Her older sister is Sonu Kakkar, the successful Bollywood playback singer, and her brother Tony Kakkar is a noted musical director.

The family moved to Delhi when she was young, and she attended school there until 11th form, when she was offered a spot on the second season of Indian Idol in 2006. Kakkar was given a choice: finish her final exams or join the TV competition. She chose the show and never returned to school.

Though she was eliminated from the competition, Kakkar had tasted her future. From then on, it was just a matter of time. In 2008, she released her debut album, Neha – The Rock Star. The swagger of that early release revealed the singer's winning persona, a striking study in contrasts that is equal parts fearless and playful: Even when she's singing her own praises, she does it with a dimpled smile.

That sparkling personality has served her well on YouTube, where she built a following on the strength of her "selfie videos" and her 2012 viral hit "SRK Anthem," a fan's homage to the ubiquitous Bollywood film star Shah Rukh Khan.

It was the Bollywood hits that truly cemented her reputation, whether it was 2011's "Second Hand Jawani" for the film Cocktail, "Manali Trance" from The Shaukeens, or "Sunny Sunny" from Yaariyan. Kakkar eventually found her way back to Indian Idol, where she served as a judge in the show's 10th season in 2014. She has sung for some of the greatest actresses in the business and continues to rack up both hits and fans.