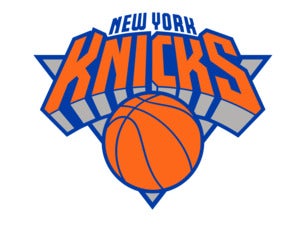 The Knicks' arena has always been called Madison Square Garden, and they played in the previous iteration from the founding of the franchise in 1946 until moving to the current building in 1968. The current MSG is the oldest NBA arena still in use. Madison Square Garden has the distinction of being the only NBA arena that is not named after a corporate sponsor.

The Knicks are in the middle of a rebuild after the departure of Kristaps Porzingis around young talent like Dennis Smith Jr., Julius Randle and Elfrid Payton. They will rely on big men Maurice Harkless and Taj Gibson at the forward positions. Rookie forward Kevin Knox — who the Knicks selected with the No. 9 pick in the 2018 NBA Draft — displays an ability to attack aggressively in transition as well as hit 3-pointers.

Fizdale is known as a hard-nosed coach. But the Knicks' top players are young, impressionable and open to a new voice, which the franchise is hoping will result in development and improvement.

The Knicks were established in 1946 and were one of the founding members of the Basketball Association of America, which became the NBA after merging with the National Basketball League in 1949. The Knicks and Boston Celtics are the only two original NBA teams still located in the same city.

The Knicks saw early success, advancing to the NBA Finals in three consecutive years from 1950 to 1953. They lost all three series, twice to the Minneapolis Lakers and once to the Rochester Royals.

The Knicks' next successful era began in the late ‘60s, under the tutelage of head coach Red Holzman. They hired Holzman in the middle of the 1967-68 season, and he immediately improved their record and led them to a playoff berth.

They won 54 games in Holzman's first full season as head coach, and then improved to 60 wins the following season. The Knicks won their first NBA Championship that year, defeating the Los Angeles Lakers in seven games. Holzman won Coach of the Year, while center Willis Reed won NBA MVP and Finals MVP.

Holzman and Reed led the Knicks back to the finals in two of the next three seasons, facing the Lakers both times. They split those two series, winning their second championship in the 1972-73 season.

The Knicks could not replicate their success until the ‘90s, when future Hall of Famer Patrick Ewing led them back to the finals in 1993-94 and 1998-99. They lost both series, first in seven games to the Houston Rockets, then in five games to the San Antonio Spurs.

The Knicks trade for star Carmelo Anthony from the Denver Nuggets in 2011, but gave up several contributors — point guard Raymond Felton, forwards Danilo Gallinari and Wilson Chandler, and big men Timofey Mozgov and Kosta Koufos — to get him.

Anthony proved to be an elite scorer, but team success eluded the Knicks. They made it to playoffs three times in Anthony's seven-year tenure with the team, winning one series. That came in 2012-13, which and the Knicks have not been back to the playoffs since.

The Knicks traded Anthony to the Oklahoma City Thunder in 2017 in exchange for center Enes Kanter and sharpshooter Doug McDermott.