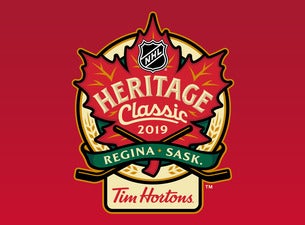 This October 26, hockey fans from all over will come to Regina, Saskatchewan, to see the Calgary Flames face the Winnipeg Jets in the 2019 Tim Hortons NHL Heritage Classic™. This will be the fifth installment of the Heritage Classic, which has been held infrequently since 2003, and the first to be held on a neutral site. Regina is on the Trans-Canada Highway between Calgary, which is 755 km (469 mi) to the west, and Winnipeg, which is 573 km (356 mi) to the east. The outdoor game will be held at Mosaic Stadium, which opened in 2016 and seats 33,350. Mosaic Stadium has been the home of the Canadian Football League's Saskatchewan Roughriders since 2017 and will host the 108th Grey Cup in 2020.

While outdoor NHL exhibition games were played in the '50s and '90s, it was not until the first NHL Heritage Classic in 2003 that a regular season NHL game was played at a major outdoor stadium. A then-record 57,167 packed Commonwealth Stadium in Edmonton on November 22, 2003, as the Montreal Canadiens beat the Edmonton Oilers 4-3. Out of this onetime event grew the NHL Winter Classic in 2008, the Stadium Series in 2014, and the return of the Heritage Classic in 2011, with the Calgary Flames defeating the Canadiens 4-0 in the second installment. BC Place saw the Vancouver Canucks host the Ottawa Senators in 2014, but the retractable roof stayed on due to weather concerns as the Sens beat the Canucks 4-2. Winnipeg's Investors Group Field played host in 2016, as the Winnipeg Jets lost to Edmonton 3-0 in front of 33,240.