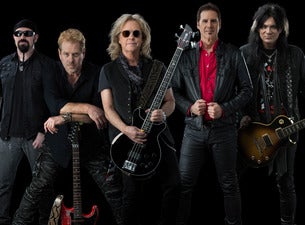 It all started when five hard-rockin’ kids from the San Francisco Bay Area joined forces in the early 80’s to form Night Ranger. Like no other rock band, Night Ranger both epitomized and transcended the sound and style of that decade.
In 1983, Night Ranger earned widespread acclaim with their multi-platinum album Midnight Madness, which included their smash hits "Sister Christian," "When You Close Your Eyes" and the anthemic "(You Can Still) Rock In America.”
Night Ranger is proof that powerful songs plus accomplished musicians is the perfect formula for continued success.