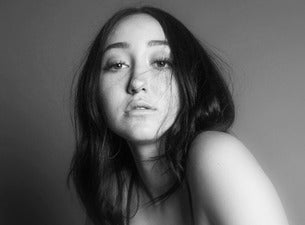 While she may hail from one of America's most famous musical families, Noah Cyrus has swiftly established herself an artist very much in her own right. She's made that perfectly clear in the two years since she released her debut single "Make Me (Cry)," an enthralling duet with Labrinth whose spacey yet sultry sound evoked the avant-garde R&B of FKA Twigs and Solange far more than it resembled anything by her older sister.

A teaser for her eagerly anticipated debut album, her EP ‘Good Cry' contains many more songs that are just as bold, showcasing an artist whose pop savvy is matched by her adventurous spirit. Arriving on the heels of her first headlining tour in the summer of 2018, it marks another major advance for an artist whose potential was glimpsed early on by Katy Perry, who selected her as the opening act for her Witness tour, and Barry Weiss, the music-business veteran who helped shepherd Britney Spears and NSYNC to stardom, and who signed Cyrus to his label RECORDS.

Though she made Time magazine's list of the 30 Most Influential Teens in 2017, Noah Cyrus admits that she was a late bloomer when it came to her interest in performing, at least relative to the rest of the Cyrus clan. But she's hardly wasted any time since she began concentrating her efforts at the age of 14. She's also attracted an array of collaborators whose diversity of styles point to her own wide-ranging musical approach. Whether she's duetting with Jake Bugg on the tender soul ballad "Waiting," combining torch songs and trap beats alongside XXXTentacion on "Again," or delivering hard-hitting dance-floor anthems with MØ and Marshmello, Cyrus demonstrates an eagerness to take on fresh challenges that's rare among her peers. That just goes to show how little sisters should never be underestimated.