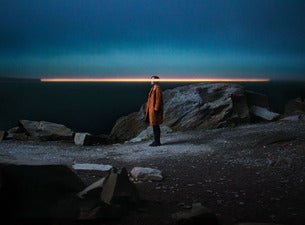 Rising electronic duo Odesza have built a strong underground following thanks to danceable tunes featuring pitch-shifted vocal samples, world music-influenced beats, and a bevy of talented guest vocalists. At their live shows the pair takes the stage armed with laptops and various electronic controllers, blowing minds with their bass-heavy productions, intense buildups, epic drops, and state-of-the-art visuals. Whether they're dropping originals like "Say My Name" (feat. Zyra) or getting ticket buyers sweating with their otherworldly remix of Zhu's "Faded", Odesza always bring the party on their must-see tours.

Odesza was formed in 2012 by Harrison Mills and Clayton Knight, two producers who began making music together during their senior year at Western Washington University. They released their debut album Summer's Gone that same year, generating serious online buzz with the tracks "iPlayYouListen" and "How Did I Get Here" -- both of which topped the Hype Machine's Popular Chart. Their rise continued in early 2013 with the My Friends Never Die EP, an auspicious collection that showcased their sharpened production skills and landed three of its five tracks at No. 1 on the Hype Machine. By this time the duo's live shows were garnering increasing attention, and in late 2013 they were tapped by venerated producer Pretty Lights for his fall tour. In 2014 Odesza released their sophomore album In Return, a pop-infused slice of electronica that featured guest vocals from the likes of Zyra, Py, and Shy Girl. With an extensive string of 2015 festival dates adding to the excitement surrounding the release, Mills and Knight have fans around the country eager to catch them live.