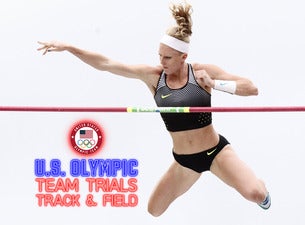 A dominant force in collegiate track and field, the Men and Women of Oregon boast some of the nation’s most elite talent while competing in arguably the greatest track and field facility in the world, Historic Hayward Field. Whether it’s Ashton Eaton breaking world records in the decathlon, Devon Allen flying his way to the Olympics in the 110 hurdles or Raevyn Rogers sprinting down the straightaway on the final leg of a 4x400 relay to secure the Triple Crown, fans are sure to get a track and field experience unrivaled by any other in the country.

The UO women earned the first jewel in the Triple Crown with a thrilling one-point victory over Michigan at the 2016 NCAA Cross Country Championships, and then absolutely dominated at the 2017 NCAA Indoor Championships with a meet-record 84 points to enter the spring with the first two titles in hand. With the Triple Crown on the line in the NCAA Outdoor Championships and needing nothing less than a win in the 4x400 relay, Raevyn Rogers took the baton on the final leg and used the roar of a massive Hayward Field crowd to out-kick USC’s Kendall Williams and complete the historic feat.

The Men of Oregon also enjoyed a great 2016-17 season, winning their 11th straight Pac-12 Championship and teaming up with the women for Oregon’s ninth straight sweep of the conference titles. Star distance runner Edward Cheserek made history of his own on the men’s side, winning a pair of NCAA titles at the Indoor Championships to finish his career with 17, the most in NCAA cross country/track and field history and the most ever by male athlete in NCAA history.

The 2017-18 season will provide Duck fans with three chances to see the top program in the nation in person. The Pepsi Team Invitational returns to Hayward Field on April 7, and the Oregon Twilight will take place under the Hayward Field lights on May 4. The NCAA Outdoor Championships will return to Hayward for the fifth straight year on June 6-9.

Historic Hayward Field was founded in 1919, and has been the among the top track and field facilities in the nation ever since. Oregon track and field and cross country has won 31 national championships since its inception, 17 on the men’s side and 14 by the women, with 18 of those 31 coming since 2007. The Ducks have also won 68 total conference championships, including a sweep of the last nine Pac-12 Track and Field Championships.