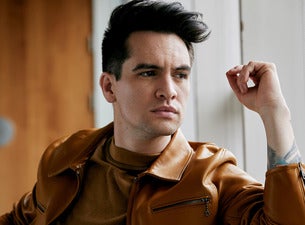 Boletos para Panic! At The Disco

Acerca de Panic! At The Disco

Panic! At the Disco In Concert

One of pop's most exciting live acts, Panic! At the Disco has long commanded stages around the world with their vibrant, passionate performances. The band first stepped onto a stage in 2005 after recording their debut album, ‘A Fever You Can't Sweat Out.' They proved to be even more dynamic on stage than in the studio, and began a long round of touring by 2006, including their Nothing Rhymes with Circus tour, which involved an elaborate setup of dance numbers and skits. As each release has become more ambitious, so have their live shows. Frontman Brendon Urie remains a magnetic leader, playing both the untouchable rock star and the showstopping theatrical performer. You may even be lucky enough to see him effortlessly pull off Queen's mega-classic "Bohemian Rhapsody," which he performed during the Death of a Bachelor tour and Pray for the Wicked tour.

Panic! At the Disco Background

Panic! At the Disco started innocently enough among four teenagers from the Las Vegas suburbs. Vocalist and guitarist Brendon Urie, guitarist Ryan Ross, drummer Spencer Smith, and bassist Brent Wilson came together in 2004 and began using Smith's grandmother's living room as a space to practice playing blink-182 songs. They decided to call themselves Panic! At the Disco, a line plucked from a song called "Panic" by California rock band Name Taken. Soon they were writing their own pop-punk tunes and sending demos to Fall Out Boy's Pete Wentz. Though most of the band was still in high school and they had yet to perform a live show, Wentz signed them immediately to his new Fueled by Ramen imprint label Decaydance Records. Their debut album, ‘A Fever You Can't Sweat Out,' was unleashed to the world in September 2005. First single "I Write Sins Not Tragedies" landed on the Billboard Hot 100, and by 2006 they were already headlining tours. In 2008, they returned with the more psychedelic ‘Pretty. Odd.' The following year, both Ross and Jon Walker (who'd replaced Wilson on bass in 2006) departed the group, but Urie and Smith stayed on as a duo and released 2011's ‘Vices & Virtues.' Going forward, Panic! continued to heavily experiment with their sound. Hip-hop and dance styles were woven into 2013's ‘Too Weird to Live, Too Rare to Die!' which would be the last record to feature Smith on drums. From that point on, Urie would remain the only original member. He continues to push boundaries as the steady frontman of Panic!, letting the band's sound further evolve with 2016's ‘Death of a Bachelor' and 2018's ‘Pray for the Wicked.