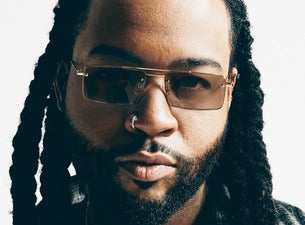 Drake protégé PartyNextDoor is an enigmatic figure who shies from interviews and doesn't like to divulge many personal details about himself. In concert, however, he lays it all on the line with mesmerizing, sexually-charged performances that prove he's a star on the rise. Blending melodic vocals, heavy bass, and spacey synths, he makes envelope-pushing R&B tracks similar to fellow OVO Sound artist The Weeknd. The minimalism and laid-back vibes of his recorded work translates seamlessly to the stage, where he transfixes concertgoers with his self-assured attitude and stunning vocals. From the slow burner "Sex On The Beach" to the bumping "SLS", PartyNextDoor's music is turning heads and making concertgoers eager to catch him on his 2015 world tour.

PartyNextDoor, aka Jahron Brathwaite, is quickly becoming one of R&B's hottest up-and-comers. The Mississauga-born artist got his start making EDM-tinged R&B tracks and releasing them online under his own name. His early work caught the attention of R&B icon Drake, and at 19 Braithwaite became the first signee on Drake's OVO Sound label, a Warner Bros Records imprint that has since signed artists including The Weeknd, Majid Jordan, and OB O'Brien. In 2013 he made his debut as PartyNextDoor with a self-titled album, which landed at No. 6 on Billboard's Heatseekers Albums chart. Later that year he joined Drake, Future, and Miguel on the road for Would You Like A Tour? and contributed background vocals on two tracks from Drake's critically acclaimed third album, Nothing Was The Same. In 2014 he released his sophomore album PARTYNEXTDOOR TWO -- which features the Drake-assisted single "Recognize" -- and hit the road for a 14-date North American tour. He finished off the year by surprising fans with the four-track PND Colours EP and announcing a world tour slated for 2015.