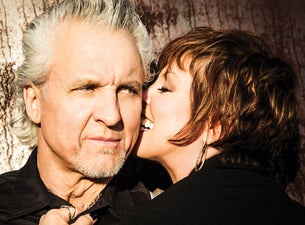 Classically trained, powerfully talented and a feminist icon, Pat Benatar is a rock-and-roll heroine with a fascinating past and 14 top-40 singles, not to mention two multi-platinum and five platinum albums. But it isn’t just her skills with music and lyrics that makes her so popular. Benatar has inspired nearly every contemporary female pop and rock singer because she seems so invincible and yet so accessible. She’s managed to break into the musical boys club and succeed beyond everyone’s imagination, except her own. Confidently pumping out forceful anthems like “Hit Me with Your Best Shot,” “Love is a Battlefield” and “Heartbreaker,” she continually crafts smart, catchy tunes that reiterate her prowess and speak to audiences, both male and female. Sporadically on tour, Benatar performs one-offs and charity concerts around the U.S. to delighted ticket holders grateful to see her commanding presence on stage. She assertively belts out her famous singles, alongside recent melodies representing her changing style and interests. Still actively writing and composing, Benatar most recently released a greatest-hits collection in 2011, although her last original work was 2003's Go.

Born in Brooklyn, New York, Benatar is a classically trained singer who considered pursuing her coloratura dreams at Julliard but instead married her high school sweetheart. Ditching housework for stage time, she began headlining nightclubs before producing her first album, 1979's Heat of the Night, which featured the breakout single “Heartbreaker.” With her magnetic presence and incomparable talent, she immediately garnered attention and radio hits, putting out Crimes of Passion, the No. 1 hit Precious Time, Live From Earth and Tropico. Nearly a dozen albums have followed throughout her 30-plus year career. Through it all, Benetar continues singing, writing and producing new material, as well as performing on occasion for special charitable events across the country.