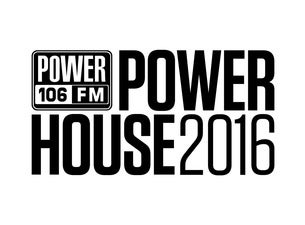 Over the decades, the Powerhouse concerts have become an institution in hip-hop, put on by a radio station that's remained a mainstay of urban contemporary music for decades. WUSL 98.9, out of Philadelphia (better known to its huge audience as Power 99 FM) has sponsored the annual Powerhouse concerts since 1982. Fans know that every time autumn rolls around, they can expect an onstage onslaught of major players in the hip-hop game giving their all — and getting back a ton of love from the crowd.

Power 99 was joined by New York City station WWPR 105.1 (aka Power 105.1) when it became a go-to source for hip-hop and R&B in 2002. These days, the Powerhouse concerts are a two-pronged event with shows sponsored by both stations. Looking back over the history of the Powerhouse shows is a little bit like glancing back at the history of hip-hop itself. Year after year, the event has hosted the major artists of the moment, whether that meant featuring Xzibit, Ludacris and Ja Rule in 2001, showcasing Drake, Rick Ross and Trey Songz in 2011, or offering the likes of Cardi B, Lil Uzi Vert and G-Eazy in 2018.