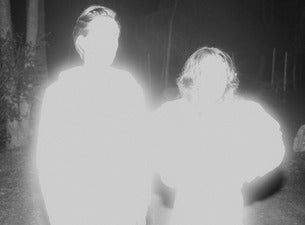 Canadian electro pop duo Purity Ring deftly combines soaring melodies and shimmering atmospherics to create an etheral soundworld that consistely captivates ticket buyers. Frontwoman Megan James forms a direct connection with her audience in concert, relating tales of heartbreak with her sincere and pristine vocals. Producer Corin Roddick mans the swirling synths and blossoming basslines, creating a rich tapestry for James’ voice to float above. In addition to their carefully crafted interplay, the group also adorns the stage with illuminated decorations that move along to the melody. Fans won’t want to miss the visual splendor and aural beauty that Purity Ring brings to songs like “Bodyache” and “Push Pull” whenever they take the stage.

Purity Ring’s rise to underground success has been on fast forward since they formed. Though vocalist Megan James and producer Corin Roddick befriended each other while playing high school gigs in Edmonton, Canada, they didn’t officially collaborate until they both joined the band Born Gold in 2010. While on the road, Roddick began experimenting with electronic productions as a side project, eventually asking James to sing on a track. Thus, Purity Ring was born as the two bounced demos back and forth via email over the following year. Their 2012 debut Shrines struck an instant chord with audiences and led to an extensive introductory tour. The nonstop performing paid off, enabling them to take the next step and enter a dedicated recording studio for the first time in 2014. The resulting album, 2015’s Another Eternity, built upon the strengths of its predecessor and solidified Purity Ring as one of the most promising young bands, both for their stellar recorded output as well as their visually stunning live shows.