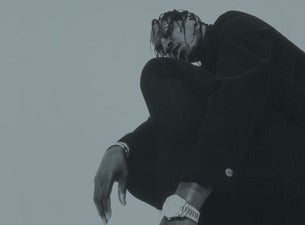 Virginia-based rapper Pusha T, who came to fame during his lengthy run with his brother Gene "No Malice" Thornton in the acclaimed duo Clipse, released his first solo album for Kanye West's G.O.O.D. Music imprint in 2013, and backed it with select concert dates. Dubbed My Name is My Name, the album solidified Pusha T's (whose real name is Terrance Thornton) reputation as one of hip hop's most important names, and hit No. 4 on the Billboard 200 chart. As with his work with Clipse, Pusha T's solo work pushes hip hop's creative envelope while still keeping a foot in the pop realm. Fans with tickets to see Pusha T on tour should expect a minimum of frills -- a hype man and a DJ typically fill out his crew. He's got the intense charisma -- and the rhymes -- to pull in audiences without the gimmicks. His setlists often mix in some of the raps he's laid down during his many guest appearances on  tracks for the likes of Kanye and Swizz Beatz.