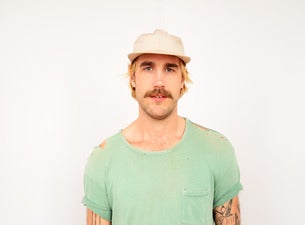 Alt-country crooner Rayland Baxter came into his own in 2015 with his sophomore album Imaginary Man, a finely crafted collection that earned him widespread critical acclaim and an opening slot on The Lumineers' 2016 tour. Baxter blends country and indie rock to powerful effect, and his knack for storytelling recalls folk greats like Bob Dylan and Arlo Guthrie. In concert he performs favorites like "Mr. Rodriguez" and "Olivia" with a relaxed confidence, soulfully singing while gently plucking his guitar. As Baxter paints vivid pictures with his evocative lyrics, the rest of the band fills the worlds he creates with lush harmonies and subtle instrumentation. Rayland Baxter has plenty of stories to tell about his journey in life, and fans are more than happy to come along for the ride at his stellar live shows.

Rayland Baxter grew up in Nashville bathing in the lap steel guitar tones of his father Bucky Baxter, a multi-instrumentalist who has worked with folk heroes like Bob Dylan and Ryan Adams. The younger Baxter received his first guitar as a gift when he was in third grade, but didn't really take playing seriously until he moved to Colorado in his early twenties and started playing open mic nights. He released the EP Miscalculation of Song in 2010, and in 2012 he made his full-length debut with Feathers & Fishhooks. The album was well-received, drawing him out for extensive touring alongside acts like The Civil War and Grace Potter & The Nocturnals. After returning to the studio Baxter's rise continued in 2015 with his sophomore album Imaginary Man, a critical masterstroke that earned praise from outlets like NPR and Interview Magazine and led to a slot on The Lumineers' 2016 tour.