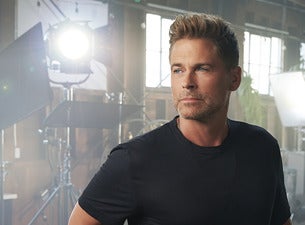 Whose life is full of juicier stories than Rob Lowe? Hardly anybody. So when he released his 2011 memoir, 'Stories I Only Tell My Friends,' it naturally became a bestseller. Unsurprisingly, so did his 2014 follow-up, 'Love Life.' So in 2017, Lowe started taking his stories straight to the public, unloading those anecdotes in a live, spoken-word show.

The veteran actor has said that he looks at the show like a concert by a band that brings out both the hits and the deep cuts. In the case of Lowe's career, the "hits" include tales about his experiences in Brat Pack classics like 'St. Elmo's Fire' and beloved TV series like 'The West Wing' and 'Parks and Recreation.' The "deep cuts" mean stories about playing Liberace's plastic surgeon in HBO's 'Behind the Candelabra' and the most charming sociopath you'll ever meet in cult film 'Bad Influence.'

According to Lowe himself, the longest relationship he's ever really had has been the one he shares with his fans, so he saw the creation of 'Stories I Only Tell My Friends Live' as the perfect way to make that connection even more intimate and give a little something back.

With his photogenic looks, it's not surprising that Rob Lowe started his career as a quintessential teen heartthrob, thanks to his work in 1980s films like 'The Outsiders' and 'St. Elmo's Fire.' The latter also earned him renown as part of Hollywood's so-called Brat Pack alongside the likes of Emilio Estevez and Demi Moore.

But it didn't take long for Lowe to show his gifts for comedy and serious drama. From his work in comedic classic 'Wayne's World' to his deliciously villainous turn in 'Bad Influence,' not to mention his long-running roles in TV milestones 'The West Wing' and 'Parks and Recreation,' Lowe has proven his wide-ranging talents many times over.