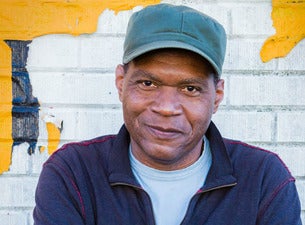 The Robert Cray Band in Concert

When it comes to live performance, The Robert Cray Band like to get right down to business. Though they're led by one of the most distinctive blues guitar stylists of his generation, and the rest of the band bears a similar amount of instrumental authority, they don't like to showboat. Flashy licks are simply not what Cray and company are all about.

Instead, they cut right through to the emotional core of every tune — whether they're playing the classics that put Cray on the map, like "Right Next Door" and "Smoking Gun," or killing it on covers of tunes by the likes of Bill Withers, Bobby "Blue" Bland, or The Mississippi Sheiks. Cray and his cohorts use their mighty musical prowess in the service of the song. Sure, you'll hear plenty of fluid guitar solos, but at a Robert Cray show you'll never hear a single unnecessary note — in other words, everything he and his band play on stage really matters.

Robert Cray did more for the blues in the 1980s than anybody other than Stevie Ray Vaughan. He started out small with a string of early-'80s indie albums, but by the middle of the decade the singer/guitarist's blend of blues, soul, and rock 'n' roll influences made its way to the mainstream with a major-label deal that introduced the world to the game-changing Strong Persuader LP.

Between his supple grooves, soulful vocals, storytelling songs, and stinging guitar solos, Cray emerged as the blues hero the '80s didn't even know they were waiting for until he came along. Over time, Cray's sound has become simultaneously deeper and more expansive. His reputation has grown to the point that he's an esteemed elder statesman of modern blues, a winner of multiple Grammy awards, and an artist as venerated today as any of his heroes were when he was growing up and learning his licks.