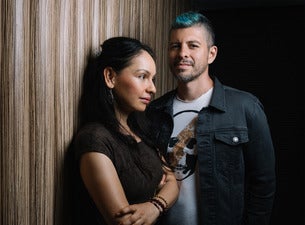 Do you want flamenco with your heavy metal? Acid rock with your classical guitars? If so, Rodrigo y Gabriela are at your service. Known for a double-guitar attack that translates heavy-metal power to nylon-stringed classical guitars played with flamenco fury, Rodrigo y Gabriela are openhearted entertainers whose musical passion bridges classical and contemporary styles to create a world of its own. Alone on stage, they evoke the passion and precision of heavy metal — such as Megadeth, Slayer and Metallica — and, more recently, the expansive meditations of vintage Pink Floyd. The Mexico City–based guitar duo toured the United States and Europe in 2019 to support their eighth album, Mettavolution.

Mexico City natives Rodrigo Sánchez and Gabriela Quintero have been perfecting their rapid-fire fusion of Latin harmonies and rhythms with rock structure since the 2006 release of Rodrigo y Gabriela, which included acoustic cover versions of Led Zeppelin's "Stairway to Heaven" and Metallica's "Orion." After meeting in art school as metal-loving teenagers, the couple forged their musical and emotional alliance while busking through Europe. During an eight-year residence in Galway, Gabriela learned how to transfer the driving bodhran-drum rhythms of Irish folk music to her classical guitar.

The instrumentalists continued to play cover songs and salute their influences on concept albums like 11:11 and 9 Dead Alive. Rodrigo y Gabriela's 2019 release, Mettavolution, was their first in five years. It consists of a handful of original tracks topped off by a 19-minute cover version of "Echoes," the sprawling, subtle and mysterious Pink Floyd epic that took up the entire second side of that band's 1971 album Meddle. The title track of Mettavolution, on the other hand, is a typically dynamic Rodrigo y Gabriela explosion of slaps, strums and rapid-fire runs. The title reflects the duo's belief in evolution through compassion, which here translates into nothing less than sheer rock nirvana.