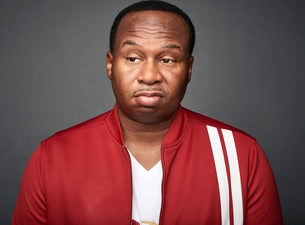 Hailing from Birmingham, Alabama, Roy started his comedy career in 1999 at the age of 19 while attending Florida A&M University.  Roy's comedy crosses all races and cultural lines, which has allowed Roy to work with an array of comedians ranging from D.L. Hughley, Ron White, Monique, Bill Engvall, and Katt Williams.  In a 2009 piece ‘Entertainment Weekly' described Roy's comedy as "charismatic crankiness".

In October of 2006 Roy made his network television debut on Late Night with David Letterman.  In 2008 Roy appeared on HBO's historic Def Comedy Jam, and this summer was selected by America as one of the top three finalists on The Last Comic Standing on NBC.

Roy is an online video blog correspondent for "The Soup" on E! Network. He is also a freelance writer for a variety of morning shows, and his prank calls can now be heard on more than 40 national radio shows, including Jamie Foxx's Foxxhole Radio on Sirius/XM Satellite Radio.

Roy appeared at the 2006 Montreal Just for Laughs Comedy Festival in the "New Faces Showcase" where critics awarded him top honors.  The Hollywood Reporter called Roy a "standout" among all the New Faces of 2006.  The Montreal Gazette said, "Roy Wood Jr. gives tremendous show" taking "the top spot".  Later that year he performed at the Las Vegas Comedy Festival.  In 2009, Roy appeared on the Bob and Tom Radio Show: The Comedy Tour a one-hour special, which aired on Comedy Central.

In 2002, Roy earned a slot as one of ten national finalists in Comedy Central's Laugh Riots competition in Los Angeles.  In March 2003, Roy was selected for Star Search on CBS where he advanced to the semi-finals.  He has also appeared on It's Showtime at the Apollo, Live in Hollywood and the 2005 season of Comedy Central's Premium Blend and BET's Comic View. Roy has also performed on The Late, Late Show with Craig Ferguson and BBC America's The World Stand Up, which was taped in London.