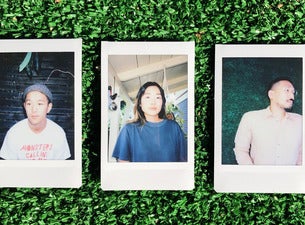 Korean-American folk-pop outfit Run River North has quickly become a critical buzzband with their sunny tunes and web-savvy music videos. The sextet's intricate guy/girl vocal harmonies form the basis of their sound, and they deliver upbeat tracks like "Fight to Keep" with pitch-perfect precision at their celebratory live shows. Whether they're rocking out to "Excuses" or slowing things down with the poignant "Foxbeard", Run River North always deliver a dynamic and emotional concert experience fans of heartfelt indie folk won't want to miss.

Run River North formed in Los Angeles in 2011 under the moniker Monsters Calling Home. In 2012 they recorded the song and the music video for their track "Fight To Keep" inside their Hondas, leading the carmaker to feature the group in a guerilla ad campaign shot during an episode of Jimmy Kimmel Live! The exposure proved a boon for the band, leading to extensive touring throughout Southern California and a deal with Nettwerk Records. After changing their name to Run River North, the band began work on their first full-length album with acclaimed producer Phil Ek (Fleet Foxes, Father John Misty). The result was their self-titled 2014 debut LP, a critically acclaimed release that has ticket buyers eager to catch the band on tour.