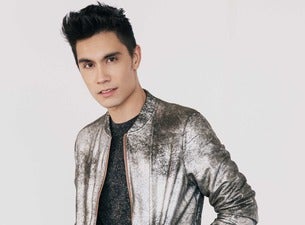 Singing sensation Sam Tsui has gone from YouTube phenomenon to international star in just a few short years. Whether he's covering artists like Adele and Bruno Mars or performing his own heartfelt originals, the fresh-faced young talent always approaches his material with an upbeat energy and infectious charisma. From his rousing performances on Ellen and Oprah to his acclaimed world tours, Tsui has proven himself a consummate showman who always gets fans singing along at his unforgettable live concerts.

Pennsylvania-born Sam Tsui was an accomplished performer as early as high school, where he appeared in productions of Urinetown and Miss Saigon. It was during this time that he began collaborating with classmate Kurt Schneider, who became his producer and accompanist as he transitioned from musical theater to pop music. After making several TV appearances in 2009, Tsui released his 2010 debut album The Covers, which was produced by Schneider and featured medleys of songs by Michael Jackson and Lady Gaga. Appearances on the Ellen and Oprah shows followed soon after, exposing Tsui to national audiences and pushing his YouTube views into the millions. He released his first album of original songs Make It Up in 2013, supporting the release with tours in both the US and Asia. A rising young talent with a phenomenal voice, Tsui continues to impress ticket buyers with his creative covers and soaring originals on tour.