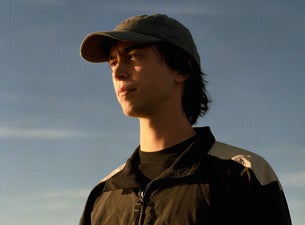 (Sandy) Alex G has made an impressive career out of hypnotic lo-fi pop always infused with a ramshackle DIY spirit — even when he's sharing a stage with an artist like Frank Ocean. Born in a small Pennsylvania town, Alex Giannascoli took to the guitar and GarageBand as a young teenager, then joined high school punk band The Skin Cells before realizing he could be much more prolific on his own.

The singer, songwriter, and guitarist started writing and recording his own music in the solitude of his bedroom, splicing together moody melodies evoking Elliott Smith with tortuous guitar riffs and hazy electronic layers. He began uploading several of his self-recorded songs, EPs, and albums to Bandcamp under the shortened name of Alex G.

As he moved on from high school to study English at Temple University, he started to see an uptick in his online exposure. Eventually, his first self-released album — 2010's Race — caught the attention of Mat Cothran, the experimental singer-songwriter behind bands Coma Cinema and Elvis Depressedly. Cothran was so enamored with Alex G's music that he contacted Giannascoli to set up a show.

Orchid Tapes, the Brooklyn-based indie label that had signed Coma Cinema, added Alex G to their roster in 2013. After releasing his home-recorded debut, DSU, in 2014, he went on tour throughout North America and Europe.

The following year, he signed to Domino Records and released Beach Music. The album landed on Billboard's U.S. Heatseekers Albums chart at No. 9 and caught the attention of Frank Ocean, who invited Alex G to play guitar on tracks for his 2016 albums Endless and Blonde. He even played alongside Ocean during a few of the R&B star's shows.

In 2017, Giannascoli officially changed his stage name to (Sandy) Alex G and released his second album for Domino, Rocket, which reached No. 23 on Billboard's Independent Albums chart and was featured on a number of critics' Best of 2017 album lists. In support of the album, he opened shows for Fleet Foxes before doing an extensive tour around North America as a headliner.