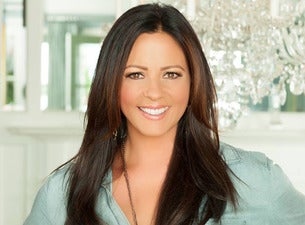 Celebrated country vocalist Sara Evans returned to the airwaves in 2013 with "Slow Me Down," the bombastic lead single from her highly anticipated seventh studio album. As great as her voice is on record, it's her live concerts that let her showcase what a pure and versatile storyteller she truly is. Ticket buyers are sure to be floored by her vocals, with a dynamic range that can go from angelic softness to full-voiced belts effortlessly, all done with an emotional heft that reaches into your soul and holds on until the very last note. Every tour she's unleashed has been a vocal tour de force that has to be heard to be believed. Her upcoming album, due in the first quarter of 2014, is sure to be another classic Sara Evans' journey through life and love and finds her reuniting with superstar Vince Gill, who sang with Sara on her first country number one hit, "No Place That Far."

A country sensation since her debut album in 1997, Sara Evans has kept listeners enthralled with her continuous release of quality material and award-winning performances. Her classic "Born to Fly" became her second number one single, and was responsible for Sara's first major award win at the 2001 Country Music Association Awards, where she was the most nominated artist of the evening. Her biggest song to date came thirteen years into her illustrious career with "A Little Bit Stronger," becoming Sara's first platinum-certified single. Time and time again, Sara Evans proves that a timeless vocalist with personal stories to tell will always find an audience to connect with.