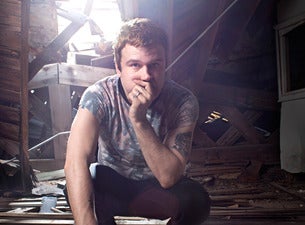 SAY ANYTHING IN CONCERT:

Emo/pop punk band Say Anything have mastered the art of penning infectious, melodic pop songs without losing their edge, continually pushing their sound  forward by incorporating elements from genres as far-ranging as math rock and indie pop. The band expertly balances their high-octane material with frontman Max Bemis' softer side, treating fans at their live shows to the full gamut of sonic experience, from frenetic barn burners like "Alive With the Glory of Love" to introspective acoustic songs like "Belt." With their highly anticipated eighth album Hebrews due out in the summer of 2014, the band will hit the road on tour in support of the release.

Formed in Los Angeles in 2000, Say Anything self-released their first two EPs, Junior Varsity and In Your Dreams, as well as their debut full-length Baseball:  An Album by Sayanything. In 2004 they made their label debut with ...Is a Real Boy, released on Doghouse Records to a Top 10 spot on Billboard's Top Heatseekers chart. Despite lineup changes and several hiatuses brought on by health issues suffered by frontman Max Bemis, the band's next three albums were all Top 40 hits on the Billboard 200, making them a festival staple and constant presence on the Vans Warped Tour. In support of the 2014 release of eighth album Hebrews, the band once again hits the road for another round of high-octane shows.

" Say Anything put on an incredibly upbeat and amazing show. If you get the chance to see these guys live... it's a must!"

" From the moment they took the stage to the moment Max left, the venue was filled with energy. It was probably one of the best concert experiences I have ever had."

" Say Anything was, of course, spectacular. It was super exciting to hear them play so many of their older songs that I never thought I'd get to hear live. Overall, great show!"