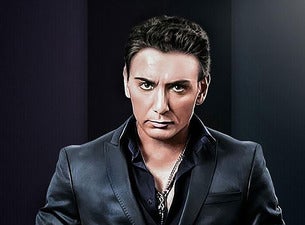 Shadmehr Aghili has been known as the "King of Persian Pop" ever since he first stepped into the spotlight in 1997 with his groundbreaking debut Bahar e Man.  The Iranian singer pours passion into his music, and his exciting live performances are no different as he graces the stage with his unique vocal technique and virtuosic violin playing. Whether he's crooning on hits like "Haal Am Avaz Mishe" or treating audiences to sweeping violin pieces like "Kereshmeh," Aghili will share his many talents with enthusiastic fans when he hits the road for his upcoming tour.

Singer and multi-instrumentalist Shadmehr Aghili got his start at the Tehran Conservatory of Music, focusing on instruments like piano, violin, and guitar. His debut Bahar e Man (Spring of Mine) was an instant hit in his native Iran, garnering widespread acclaim for the new artist as he showcased his ease on the strings. Since then, he's released a number of successful albums, penned soundtracks for film, and appeared on the silver screen in movies like Par e Parvaz and Shab-e Berahne. Back on the road, Aghili treats fans to his classics as well as new material like "Rabeteh" on a string of highly anticipated shows.