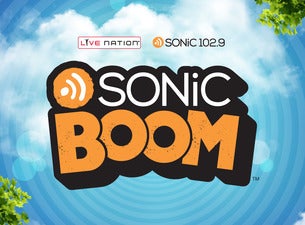 SONiC BOOM 2014 will be a weekend to remember -- this year's festival is packed with an impressive lineup (Jack White, Arctic Monkeys, Death Cab For Cutie, to name a few),reaching a new level of awesomeness with three star-studded days for concertgoers to enjoy.  Held on the expansive grounds at Northlands Park, SONiC BOOM 2014 is touted as "Edmonton's Alternative Music Festival," and will feature a number of newcomers alongside veteran acts like Rise Against and the Descendents. SONiC BOOM's entertaining lineup is diverse and unique, and is sure to delight fans over the course of the action-packed weekend.

Since its inception in 2009, SONiC BOOM has quickly become one of Edmonton's leading music festivals, hosting a number of world-renowned acts over the years including Weezer, Silversun Pickups, and Blink-182. Presented by local radio station Sonic 102.9, the festival attracts fans from around the world with its exciting lineups, grand stages, and thrilling audiovisuals. Whether fans are watching a wrestling match in the ring or drinking a cold one in the beer gardens, SONiC BOOM has so much more to offer than just music. With over 14,000 attendees at 2013's bash, Edmonton's growing alternative festival is a concert experience fans won't soon forget.