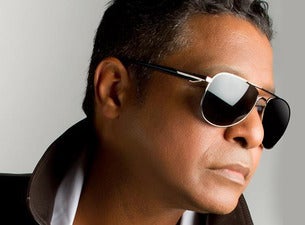 STEVIE B IN CONCERT:

Miami hero and Latin freestyle legend Stevie B is as beloved for his floor-filling breakbeat jams as he is for tender superbalads like "Because I Love You (The Postman Song)." At his 2013 shows, Stevie kept crowds moving with adrenalin-filled sets of his classic Latin-infused electro — booming bass, dramatic synth stabs, and his signature R&B croon. With appearances at freestyle festivals scheduled throughout 2014, Stevie will be making good on his promise to "Party Your Body."

Born and raised in Florida, Stevie B worked a variety of odd jobs before scoring his breakout single in 1987 with freestyle club hit "Party Your Body." 1988 sophomore album In My Eyes continued this success, hinting at his crossover potential with three Top 40 hits. That potential was realized in 1990 with Love & Emotion, a more mature and diverse album that showed off his softer side and earned him his first No. 1 "Because I Love You (The Postman Song)."  A pioneer of freestyle music and a tireless performer, Stevie reminds fans why he's known as the "King of Freestyle" every time he hits the road for another tour.