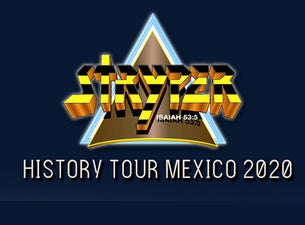 Though their version of heavy metal is singed with the signature distortion, volume and extended guitar solos of the genre, Stryper adds Christian-laced themes and lyrics, launching them into the Christian metal, or white metal, category. The long-established outfit, whose name is an acronym for “Salvation Through Redemption Yielding Peace, Encouragement and Righteousness,” kicked off with the first full-length release, 1985’s “Soldiers Under Command.” That set stands as the first Christian metal record to reach gold certification, with sales of more than 500,000 copies.   Known for tossing Bibles to the audience during concerts, Stryper held its own against the hot hair-metal bands of the late ‘80s and early ‘90s, including Bon Jovi, Dokken and Def Leppard, releasing five albums total before temporarily calling it quits in 1992.   After a successful 2003 reunion tour with impressive ticket sales, Stryper re-emerged, signing on with Big3 Records for a multi-album deal. Five more collections have surfaced since that time—most recently the late 2013 release “No More Hell to Pay.”