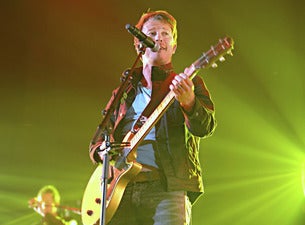 In 2012, award-winning contemporary Christian band Tenth Avenue North released their third studio album, "The Struggle," which made an impressive impact by debuting in the top spots of Billboard's Christian and Rock charts. "Losing," the band's lead single from the new album, has gained attention because of its relatable theme. Inspired by a fan that had trouble forgiving others, the tune is a gentle reminder that forgiveness is cleansing and beneficial for everyone involved. The band is known for live shows that are engaging, memorable and filled with opportunities for audience participation. Showing a clear confidence in the strong sound of their live act, the band chose to use recordings from their concerts on the latest album to let people experience the energy of a live set at home. They'll be playing on the Winter Jam tour with other notable Christian acts through the end of March 2014 and offering reasonable ticket prices to attract new and old fans alike.

The band got its start while the six members were in college in West Palm Beach, FL. Besides using their musical gifts to embark on a promising career path, the artists have also partnered with Compassion International, a children's charity. In 2008, the band's song, "Love Is Here," was one of the most played songs on Christian Hit Radio, and since that time, they've won two Dove Awards and been nominated numerous times in several categories. Although they've built a reputation for being Christian artists, the band members of Tenth Avenue North offer hopeful lyrics and exciting concerts that are universally appealing, regardless of a person's religious background.