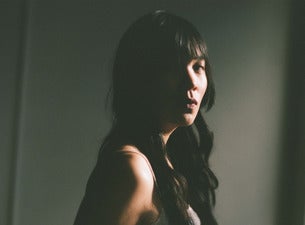 Boletos para Thao & The Get Down Stay Down

Acerca de Thao & The Get Down Stay Down

THAO & THE GET DOWN STAY DOWN IN CONCERT:

Feel-good indie folk favorites Thao & The Get Down Stay Down play sweetly melodic music that is minimal in its instrumentation but full in its emotional impact. At their intimate live shows core duo Thao Nguyen (vocals and guitar) and Adam Thompson (bass) are joined by a keyboardist and together the group brings delicate yet self-assured songs like “Holy Roller” and “We the Common” to life with uplifting energy and infectious positivity. Thao and company have toured in support of indie darlings like Rilo Kiley and The Decemberists, but they’re just as comfortable headlining, delivering high-energy performances on tour that highlight their knack for catchy songwriting and sparse yet effective instrumentation. With their highly anticipated 2016 album already generating buzz, Thao & The Get Down Stay Down have fans chomping at the bit to experience some of the new tunes in concert.

Singer-songwriter Thao Nguyen formed Thao & The Get Down Stay Down in 2003 while she was studying at The College of William and Mary in Williamsburg, VA. Together with several other musicians including bassist Adam Thompson she recorded her 2005 debut album Like the Linen, a critical hit that led to a tour in support of Laura Veirs. Thao’s powerful songwriting and energetic performances on the road caught the attention of venerable indie imprint Kill Rock Stars, and in 2008 the label released the group’s sophomore album We Brave Bee Stings and All. The record was well-received, leading to a tour with Xiu Xiu as well as the band’s first headlining tour later that year. After relocating to San Francisco in 2009 Thao and company released their third album Know Better Learn Faster, which featured a collaboration with Andrew Bird on the title track. Since then they’ve remained prolific, releasing the 2013 album We the Common and captivating fans at festivals like South by Southwest and Outside Lands.