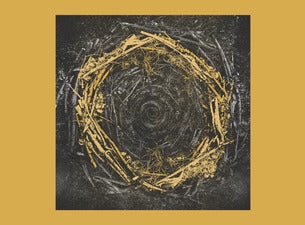 THE CONTORTIONIST IN CONCERT:

Progressive metal sextet The Contortionist plays headbanging music with mind-blowing musicianship and soul-searching sophistication. In concert dueling guitarists Cameron Maynard and Robby Baca fluidly alternate between fierce power chords and intricate melodic licks, as keyboardist Eric Guenther brings a truly cerebral edge to their metal mayhem. Drummer Joey Baca teams up with bassist Jordan Eberhardt to add jazzy flourishes to their pummeling beats and intricate breakdowns. Lead singer Mike Lessard uses this explosive musical backdrop to propel his dynamic and captivating performances, alternating between primal screams and masterful melodies as he reaches out to fans at the edge of the stage to help sing along with him. On their 2015 tour with like-minded bands Revocation and Fellujah, The Contortionist will bring their incredible showmanship, impeccable skill, and savage sound to cities across North America.

The Contortionist was formed in Indianapolis in 2007 by founding members Joey Baca (drums), Robby Baca (guitar), Cameron Maynard (guitar), and Christopher Tilley (bass). While cycling through several singers in their early years, the band earned spots touring in support of groups like Hatebreed and Between the Buried and Me. The band released their debut album Exoplanet in 2010, attracting a devoted following among fans of progressive metal. They returned in 2012 with Intrinsic, but announced the departure of long-time vocalist Jon Carpenter the following year. Fortunately former Last Chance to Reason vocalist Mike Lessard stepped up to the plate in 2014 to help write their third album Language, an addition that has drawn even more fans to the group’s sound as their popularity continues to grow.