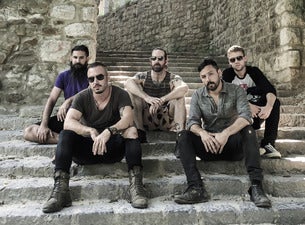 Known for their dazzling musicianship, fierce energy and spectacular live performances, the Dillinger Escape Plan formed in North New Jersey in 1997. A fusion of hardcore, metal and jazz, the group's music first won the attention of fans and critics with a three-song EP, Under the Running Board. The band's full-length debut, Calculating Infinity, followed in 1999--a musically intense, genre-defying album that earned the group a devoted following. Catching the attention of singer Mike Patton, the Dillinger Escape Plan soon opened for Patton's band Mr. Bungle on a U.S. tour and released an EP of material with guest vocals by Patton entitled Irony is a Dead Scene. After extensive touring in Europe and the U.S., the group returned to the studio with a new lead singer, issuing Miss Machine, featuring the tracks "Panasonic Youth" and "Unretrofied," to rave reviews in 2004. A busy touring schedule followed, including appearances on the Vans Warped Tour as well as headlining tours in both 2004 and fall 2005.