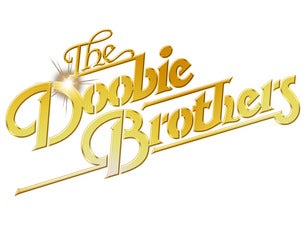 The Doobie Brothers are an iconic American rock act who have run the gamut from mainstream rock to blue-eyed soul. The Doobie Brother's tour dates, which include their 2017 Summer Tour, 2015 Southbound Tour, and stretch back all the way to their 1983 Farewell Tour, have taken them across North America and seen them unite with powerhouse rock performers like Chicago, Lynyrd Skynyrd, Ted Nugent and more. Throughout their many incarnations, The Doobie Brothers have been known for their eclectic rock sound, fused with elements of country, R&B and folk music, along with their impressive vocal harmonization. The latter gained the group entry into the Vocal Group Hall Of Fame in 2004, while the former has seen the band sell some 40 million albums over their five-plus decades in existence. In concert, The Doobie Brothers thrill with their combination of electrifying guitar work, tight group vocals, and the occasional saxophone solo as well. The Doobie Brothers have won two Grammy Awards, both in 1979, for their songs "Minute By Minute" (Best Pop Performance by a Duo or Group With Vocals) and "What A Fool Believes" (Record of the Year). They were also nominated for Album Of The Year for Minute By Minute in 1979, along with Best Pop Instrumental Performance for "South Bay Strut" in 1980.

The core of what would become the Doobie Brothers came together around 1970, when guitarist Patrick Simmons and bassist Dave Shogren joined forces with drummer John Hartman and guitarist/vocalist Tom Johnston. They toured the San Jose area, morphing into the acclaimed rock act they are today. They released their self-titled debut in 1971 and headed on their first national tour shortly thereafter. The Doobie Brothers' greatest success came during the height of the 1970s, when they released their classic 1973 album The Captain and Me, which included hits like "Long Train Runnin'" and "China Grove." The Doobie Brothers' sound changed to incorporate more soft-rock and soul influences during the Michael McDonald years, and the group continued releasing material to great success, cementing their place in the pantheon of popular 1970s acts. The Doobie Brothers' legacy puts them in league with contemporary groups like The Eagles, Journey and Fleetwood Mac and has seem them share the stage with other performers as diverse as Steely Dan and Earth, Wind & Fire.