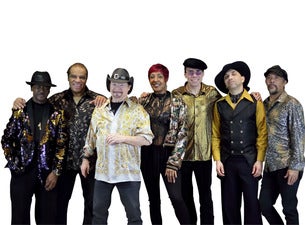 THE FAMILY STONE IN CONCERT:

During an era of injustice and inequality, living legends the Family Stone broke down barriers with their psychedelic funk and powerful lyrics. With original founding members Cynthia Robinson, Gregg Errico, and Jerry Martini as part of the lineup, the band performs Sly and the Family Stone hits like "Everyday People" and "Dance To The Music" with the same enthusiasm as they did in the ‘60s and ‘70s. The Family Stone and friends always have fans coming out in droves to their thrilling performances.

The Family Stone consists of funk-soul icons from Sly and the Family Stone, a legendary band that defied pop culture with their racially mixed lineup. During their prime the group played a pivotal role in the music of the '60s and '70s with their expansive collection of hits, which included three No. 1 albums and three No. 1's on both the Billboard Hot 100 and R&B charts. Embodying the sound that defined an era of radical social change, Sly and the Family Stone influenced other iconic acts like Michael Jackson and The Temptations and were heard by hundreds of thousands of fans in attendance at the monumental Woodstock festival in 1969. Today the band includes original founding members and Rock and Roll Hall of Famers Jerry Martini, Cynthia Robinson, and Gregg Errico. The Family Stone carry on the legacy of Sly and the Family Stone when they take ticket buyers higher and higher on their hit-filled tours.