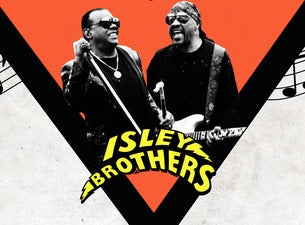 The Isley Brothers on Tour

The Isley Brothers are as much a force of nature as a group — you gotta experience them in person to get the full sensory effect. Though some of the original Isleys are no longer with us, Ronald and Ernie Isley continue to front the band in grand style; Ronald's vocal power and Ernie's guitar fireworks are both as strong and soulful as ever. Within seconds of the Isleys taking the stage, it's obvious Ronald was born to be a frontman — from his commanding stage presence to his sartorial style and of course his undeniable vocal prowess, he remains a riveting performer. And when Ernie leans into one of his signature licks, like the liquid wah-wah guitar lines of "That Lady," the electricity is coming from more than just his amplifier. Add a killer backup band, dynamic dancers and a thrilling stage show, and you've got not just a show, but a full-blown event.

The Isley Brothers in Concert

Believe it or not, the original incarnation of The Isley Brothers first began performing back in 1954. In the decades that followed, the group evolved through a multitude of stylistic shifts, going from gospel music to R&B to funk and beyond. Along the way they've contributed tons of tunes to the pop pantheon, including "Shout," "That Lady," "Twist and Shout," "It's Your Thing" and "Fight the Power," to name just a few. In era after era, the Isleys have managed to successfully reinvent themselves, even as some of the original members were lost. Now the luminous voice of Ronald Isley and the funky guitar of his younger brother Ernie continue to bring the legacy of the American institution that is The Isley Brothers not only into the present, but into the future as well.