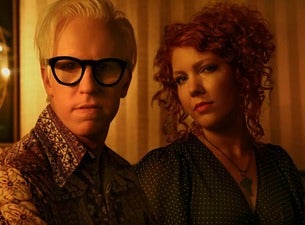 THE MASTERSONS IN CONCERT:

Husband and wife duo The Mastersons have built a loyal following with their melodic brand of Americana-soaked alt country. In concert they nail their soaring guy-girl harmonies with the ease and intuition of a – wait for it – married couple, always getting fans smiling with their witty lyrics, sunny onstage energy, and evocative guitar and mandolin strumming. On the road the pair is occasionally joined by a backing band of bass and drums, but they’re just as effective when they perform as a duo, creating an impressively nuanced sound with little more than their instruments and voices. Whether they’re tearing through the upbeat “Closer to You” or taking it down a notch with the emotional “Birds Fly South”, The Mastersons always treat ticket buyers to dynamic concert experience that combines the best of country, rock, and heart-on-sleeve indie rock.

Chris Masterson and Eleanor Whitmore both had successful careers as backing musicians before marrying in 2009. After tying the knot they got right to work on their own projects, performing on each other’s solo albums before joining revered country iconoclast Steve Earle’s touring band The Dukes and Duchesses. Following a year on the road with Earle they made their album debut as The Mastersons with 2012’s Birds Fly South, an auspicious first effort that garnered significant acclaim in alt country circles. After two more years of touring and hundreds of shows, the pair returned to the studio to record their 2014 sophomore album Good Luck Charm. Critics hailed the album’s mature sound, and their profile continued to rise as they embarked on another tour with Earle – this time performing both as members of his backing band and as an opening act. Whether they’re touring with Earle or headlining the show, The Mastersons captivate audiences with their upbeat alt country tunes every time they take the stage.