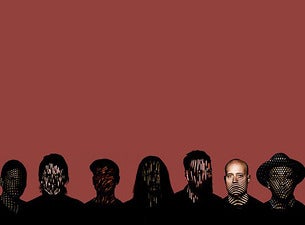 The Motet in Concert

Since forming as a highly skilled collective of players in 1998 in Boulder, Colorado, The Motet has evolved into one of America's most finely honed funk machines. A testament to both the wide-ranging musical vision of founder and drummer Dave Watts and his players' improvisational skills, The Motet's sound has expanded without ever losing its focus on funk fundamentals. They've demonstrated this groove-making mastery again and again on their eight studio albums and two live albums, including ‘Live at Red Rocks' (2016), recorded at a fabled venue that's become a favorite stomping ground for the band.

A native of Syracuse, N.Y., and an alumnus of the Berklee College of Music, Dave Watts had his first success as a member of the band Shockra, a fellow traveler in the early jam-band scene alongside Phish, Blues Traveler, and Widespread Panic. He founded The Motet as a means to get deeper into styles he loved. Afro-Cuban and Afrobeat rhythms became just as fundamental as Watts' jazz training to the development of The Motet's signature sound. Across the span of albums that began with the 1999 independent release ‘Breathe,' Watts and his collaborators have found space for everything from electronic music to progressive rock in The Motet's sound. Along the way, Watts' original rotating collective of players coalesced into the current lineup of keyboardist Joey Porter, bassist Garrett Sayers, guitarist Ryan Jalbert, trumpeter Parris Fleming, saxophonist Drew Sayers, and vocalist Lyle Divinsky.

Inspired by the funk of James Brown and The Meters at their greasiest, recent single "That Dream" marks another advance from the progressive funk of The Motet's eighth album ‘Tower' (2016). But as energetic and dexterous as their recordings can be, The Motet's capabilities are clearest when they take the stage. And however busy they are playing festivals such as Bonnaroo and Electric Forest, and touring nationally both as headliners and openers for friends like Big Gigantic, they have worked hard to ensure that audiences in their home state get the goods every time. Various Colorado venues have played host to The Motet's annual run of Halloween shows, legendary parties at which they play the music of heroes like Stevie Wonder, Parliament-Funkadelic, and Tower of Power. You might hear them go to town on the hits of Prince and Madonna, too — just one more sign of the band's love of adventure and surprise.