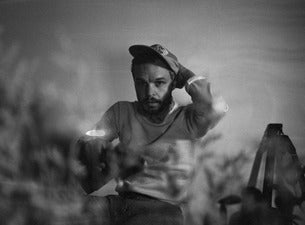 THE TALLEST MAN ON EARTH IN CONCERT:

Kristian Matsson, the Swedish singer-songwriter behind indie folk outfit The Tallest Man on Earth, is a master of achieving maximum emotional effect with minimal elements. At his live shows Matsson rarely takes the stage with anything more than his world-wise voice and acoustic guitar, and though his approach is spare, the resulting sound is never lacking in depth or nuance. His evocative lyrics and experienced fingerpicking are a perfect marriage, conjuring up vast landscapes and narrative histories that remain with audiences long after the encore. Whether he's chatting up the crowd between songs or inspiring awe with moving tunes like "The Dreamer", Matsson is a charismatic performer who always captivates ticket buyers with his intimate performances on tour.

Even though he was born in Dalarna, Sweden, Kristian Matsson grew up playing guitar and listening to American folk icons like Bob Dylan and Woody Guthrie. After being exposed to Nick Drake in his early twenties, Matsson adopted an open tuning method that has since characterized his music. He cut his teeth fronting Swedish folk rock band Montezumas in the mid-'00s, and in 2006 he made his debut as The Tallest Man on Earth with a self-titled EP. He signed to Mexican Records soon after and released his 2008 debut album Shallow Graves, a critical masterstroke that earned him comparisons to his idol Bob Dylan. Tours with Jon Vanderslice and Bon Iver followed, and in 2010 Matsson released his sophomore album The Wild Hunt to a Top 40 spot on the Swedish charts.  His third album, 2012's There's No Leaving Now, cracked the Top 40 in the US, leading to a string of high-profile festival appearances including Bonnaroo and Sasquatch. With his highly anticipated fourth album Dark Bird Is Home generating buzz in 2015, Matsson is set to deliver another round of rousing performances on the road.