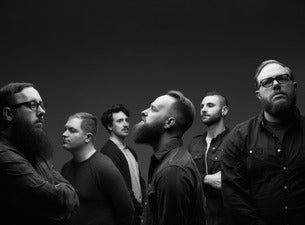 THE WONDER YEARS IN CONCERT:

Pop punk outfit The Wonder Years lives up to its nostalgic moniker, treating fans to coming-of-age anthems that perfectly encapsulate the ups and downs of adolescence. Charismatic frontman Dan "Soupy" Campbell is known for his powerful, emotive vocals, and he makes captures the essence of young adulthood perfectly on hard-charging songs like "Won't Be Pathetic Forever" and "You're Not Salinger, Get Over It". With their brisk combination of galloping drums, heavily distorted guitars, and soaring vocals, The Wonder Years always treat fans to an adrenaline-filled concert experience on their unforgettable tours.

The Wonder Years formed in Pennsylvania in 2005 from the ashes of pop punk band The Premier. After releasing two split EPs with other local bands, they made their full-length debut in 2007 with the album Get Stoked On It! The record introduced listeners to their clever songwriting with cheekily-titled tracks like "I Feel in Love with a Ninja Master" and "Buzz Aldrin: The Poster Boy for Second Place", and before long their growing fanbase drew them out for extensive touring. The band followed up in 2010 with Upside, a more polished effort that landed at No. 5 on the Alternative charts thanks to catchy tracks like "Melrose Diner" and "This Party Sucks". Amid a busy touring schedule, the band released two more critically and commercially successful albums including 2013's The Greatest Generation -- a Top 20 hit on the Billboard 200. A passionate and energetic live act with nearly a decade of experience under their belt, The Wonder Years continue to wow ticket buyers with their high-octane sound and relatable lyrics on tour.