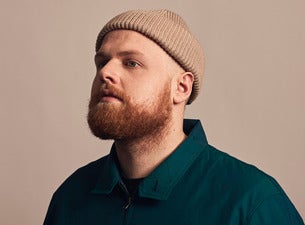 It’s been a big couple of weeks for Walker.  The news of his Australian tour comes hot off the heels of a deserving win for Best Breakthrough Artist at the 2019 BRIT Awards, alongside a nomination for Best Single for his global smash hit ‘Leave A Light On’, and the release today of his new album What A Time To Be Alive. In an emotional speech, Walker dedicated his award to his gran, who attends all his Scottish gigs and is his biggest role model.

The release of ‘Leave A Light On’ in 2018 saw the beginning of the Scottish singer-songwriter’s meteoric rise to fame. Produced by Mike Spencer (Years & Years), the single has reached Platinum status in the UK and is double Platinum in Australia, peaking at #7 on the UK Singles Chart and amassing almost 180 million streams worldwide.

The title What A Time To Be Alive is a direct nod to one of Walker’s best-loved songs, ‘Blessings’, and represents the optimism and hope that runs throughout the 12-track album. Featuring alongside ‘Leave A Light On’ are recent singles ‘Angels’ and ‘Just You And I’, the latter of which has already become a wedding staple around the world.

While ‘Leave A Light On’ established Walker as a global breakout artist, his debut record will undoubtedly further his growing reputation as one of the most exciting artists in today’s music scene. Don’t miss your chance to see him live!