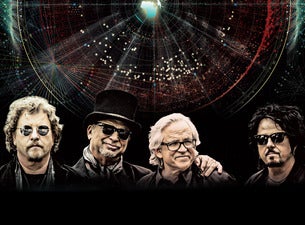 They say fashion is cyclical... and they’re right. Truly amazing things never go out of style, regardless of when they first popped up. Toto’s tune ‘Africa’ is one of these things. First heard in 1982, this masterpiece of popular prog has been a staple of pop culture since release. Taken from their massive second album Toto IV, it combined their other calling card Rosanna to introduce Toto to a massive audience. That record would go on to win several Grammy Awards and establish a base from which the band grew into one of the most prolific and durable acts in modern music history. Musically mind blowing and with more hits that you can poke a stick at, there’s no doubt that people will ask “where were you when Toto played Festival Hall?” for years to come.